The LabEx ICCA is organising an international symposium on 30 and 31 January 2020 in Paris on the topic of “Cultural Policies. What’s new?”

The question of cultural policies and of their convergence towards a single model – or on the contrary of their divergences – arises in a context of globalization.

Indeed, many factors encourage convergence:
– the industrialization of a wide part of cultural activities;
– the polarization between structures that are both agile and open to digital technologies and more traditional structures;
– the global market power of GAFAM on three complementary fields : access to culture via search engines, distribution of cultural goods via e-commerce, digitization of cultural goods and services;
– the importance given to copyright enforcement;
– the role of the international art market and positioning of museums facing the evolution of this market (especially competition and rise in prices);
– public / private rebalancing, even in countries where public intervention is predominant.

This conference aims to bring different disciplines into dialogue in order to better understand to what extent these elements of convergence leave entire disparities that are due to the history of cultural policies, to the sociology of national cultural practices, to the particular relationship between territories and big cities, etc.

It will therefore appeal to history, economics, sociology, management, law, communication science, to better identify the factors of convergence and divergence.

The symposium will be organized in three half-days, each structured in the following way: a keynote, then two or three parallel sessions.

30 January, morning:
The legitimacy of public intervention. Lessons in history and theoretical issues

Parallel sessions1. Three major sets of questions can be addressed:

1. Elements of comparative history: what can we learn from history?
There is a polar opposition between countries, such as France, where the Monarchy and then the Republic lead cultural policies, and countries, like the United States, where private initiative is the driving force of cultural policies. Other oppositions exist between national models: in the British model, independent commissions decide the allocation of public money. Conversely, the decision is more or less directly related to the State in other models. Another differentiation between models relies on the opposition between centralized countries (like France) and decentralized countries (like Italy, Germany, Brazil).
Do these differences tend to vanish? How can we understand and interpret the evolution of the different models? How do they develop in emerging countries?
2. Supply support policy or democratization: what is the focus?
Is the opposition between supply and demand support inevitable? Should we protect cultural supply?
3. Is culture a common good?
The balance between private and public sphere depends on many factors. How is it evolving? Does Elinor Olstrom’s work on commons shed new light on cultural policy issues?

What tools and for which objectives? Several questions can be raised; among them: do the different countries refer to the notion of public service (e.g. the media and public libraries) ? Are countries inclined to protect artists, and how? Should cultural industries be supported / protected? Does digitalization require rethinking models of support and cultural policies?

31 January, morning. How can a cultural policy evolve and project itself into the future?
Keynote. Professor Morag Shiach, Professor of Cultural History, Network: QMUL Centre for the Creative and Cultural Economy, Queen Mary University of London

The question of revitalization of territories by tourism, at the risk of gentrification, is raised in many countries. Can we answer to this challenge? Should we finally worry about attempts to instrumentalize cultural policy? Can it disappear behind politics? Should we fear the propensity to put the economy at the heart of the discourse about the legitimacy of cultural policies?

Proposals should include: title of paper/session, brief credentials of presenter(s), abstract of the paper, and brief illumination of the approach taken. Submissions should be sent to 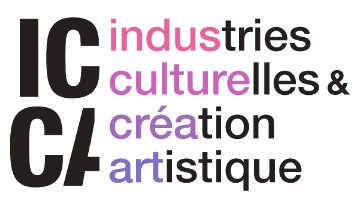